How Does a Universal Motor Work?

How Does a Universal Motor Work?

So you want to know - how does a universal motor work? Maybe, you wish to manufacture drill machines, hairdryers, or kitchen appliances that work on a motor. Perhaps, you plan to upgrade the quality of your existing products. No matter the reason, a universal (AC series) motor can let you attain your manufacturing goals. With AC series motors, you can produce top of the line products to meet the needs of end-users. However, it’s important to understand the working of this motor before using it in your products.

It’s a kind of electric motor that operates on either DC or AC power and makes use of an electromagnet for creating its magnetic field. AC series motors are a commutated series wound motors where a commutator connects the field coils of the stator serially with the rotor windings.

These motors are quite similar to DC series motors in terms of their construction. However, they’re slightly altered to allow them to function properly and seamlessly on AC power. They’re compact, light in weight, and run at a higher speed. As such, they’re able to absorb the shocks of power fluctuations and avoid appliance damage. This is why they’re widely used in appliances to increase their functionality and longevity. 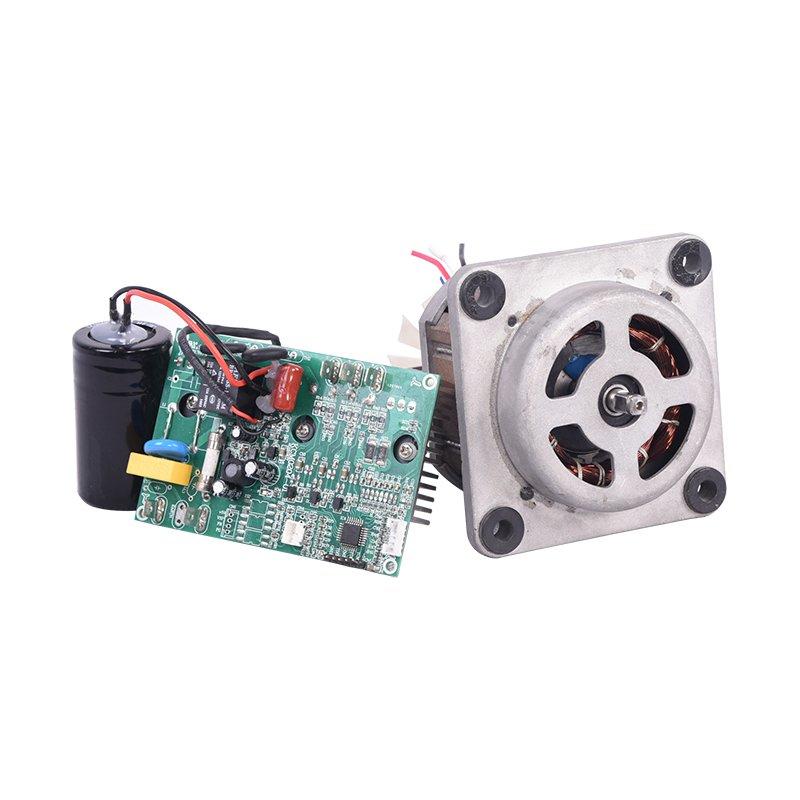 How do these motors work?

Just like the DC motor, you can change the direction of rotation by interchanging the connections/links to the field in relation to the armature. However, there are particular differences in the construction and working of the DC series motor as compared to the AC series motor.

A universal motor generates the electric torque in proportion to the supply current’s quadrate. As the same current moves and flows through the armature and field winding, AC reversals from negative to positive or from positive to negative will concurrently impact the current direction as well as the field flux polarity through the armature. It means that the torque’s (developed torque) direction is going to be positive, whereas rotation will continue seamlessly in the same direction.

In this way, the AC series motor runs on AC as well as DC supply. As such, the electric torque, at any kind of current polarity, has the same torque direction. The initial/starting torque of the universal motor depends on the current flowing through the field and armature windings. 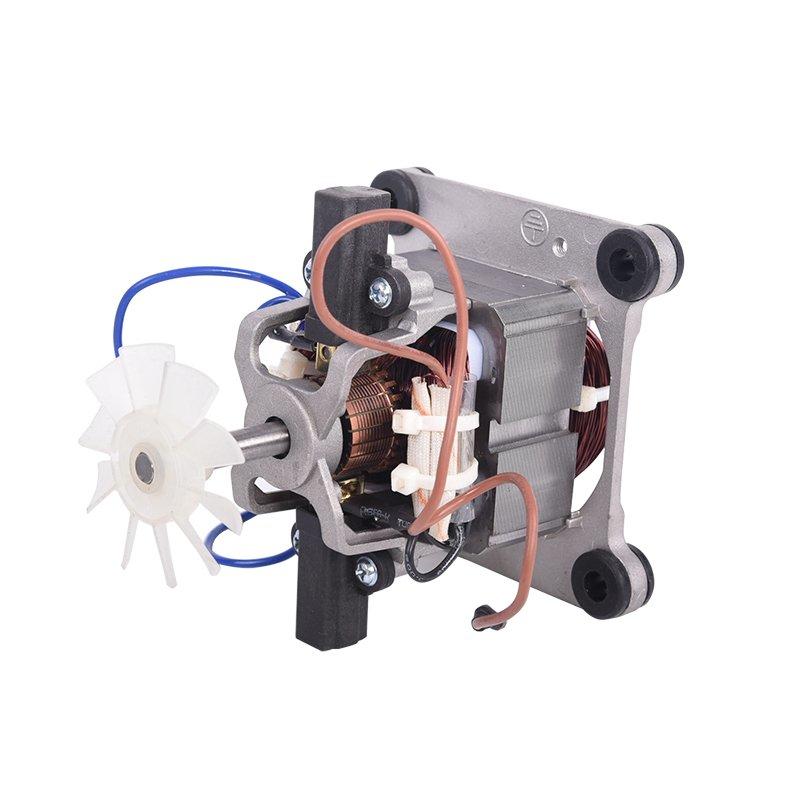 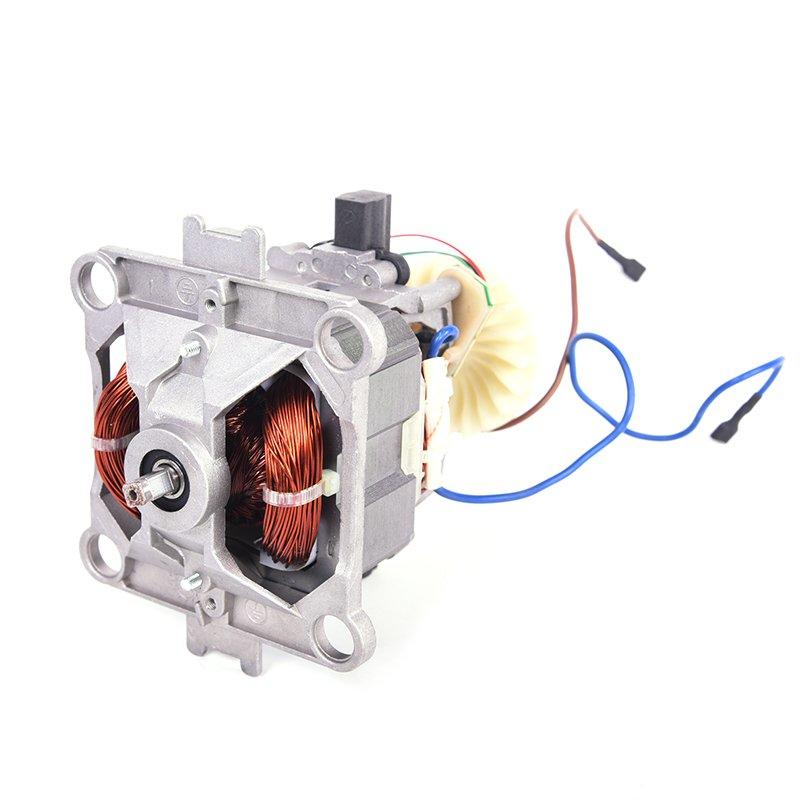 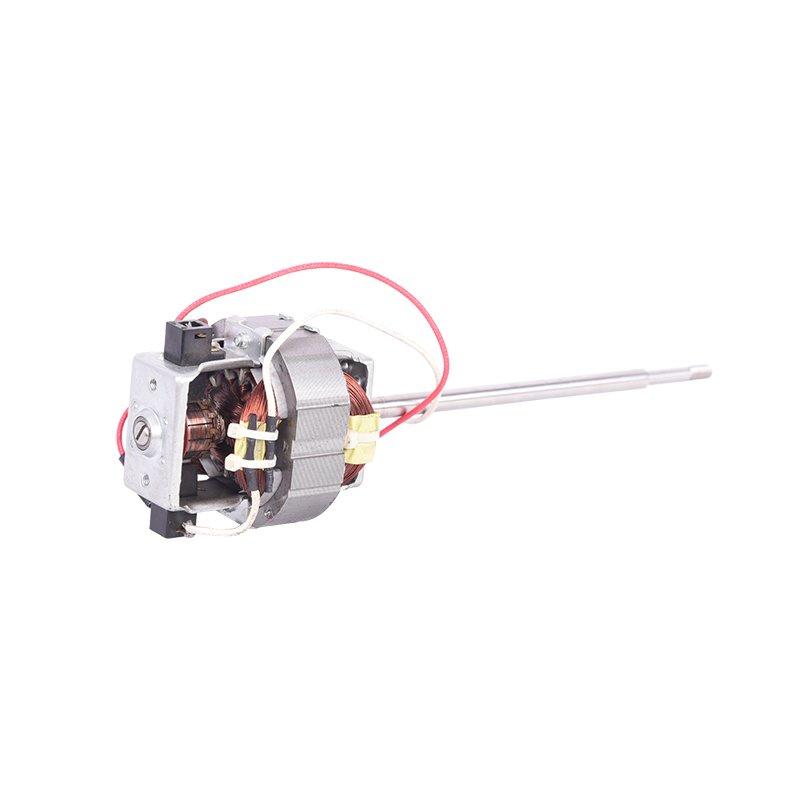 Speed control of a universal motor

Characteristics and benefits of a universal motor

These motors have higher starting torque and higher speed compared to DC series motors. As such, they affect the working efficiency of the appliance in a positive manner. Consequently, the job is done in a lot less time compared to other kinds of motors.

Today when people are short of time, a device with a higher speed and better control is highly beneficial. Also, you can manufacture smaller appliances using a universal motor, thus saving resources and cost. That also benefits the user in terms of space occupancy and portability. A smaller device with a better speed can be easily used for outdoor activities too.

As a manufacturer, it’s important for you to figure out the various applications of AC series motors in order to make the right decision. These motors are used in varied devices. Appliances requiring very small output power not exceeding 5 to 10 watts use AC series motors. Common examples include fans, electric shavers, sewing machines, and motion picture projectors.

These motors are also used in appliances requiring high power from 5 or 500 watts. Food mixers, vacuum cleaners, cameras, and blenders are popular examples in this regard. In a nutshell, AC series motors are an ideal choice where speed control and higher speeds are essential for the working of the appliance. All these features and benefits testify why a universal motor is the best choice for your products.

Universal or AC series motors are widely used in appliances today. In fact, more than 50 percent of the consumer appliances you find on the market come with these motors. Better functionality, higher efficiency, lightweight, speed control, compactness, longevity, etc are some of the appealing benefits of using a universal motor in any device. This is why most manufacturers use these motors in their products. If you wish to enjoy an edge over your competitors and offer high-quality products to your prospects, buy these motors from a reputed supplier and reap the varied benefits.